Visions and Revisions of Europe offers a multidisciplinary debate on the various political, social, and cultural issues that are at the heart of contemporary European discourse, with a focus on the relations between the so-called “New” and “Old” Europe. A range of possible scenarios for the future of the EU, as well as a discussion of the factors affecting current crises are at the forefront of the debate, which lead the reader to reflect upon often overlooked aspects of European integration, such as Germany’s hegemonic role in the Union, or historical narratives and myths that need to be deconstructed and critically analysed. Contemporary populist movements also play a key role, as do the often difficult processes of migration and EU mobility, which reveal the tensions, fears, and lines of exclusion in contemporary European societies. Finally, the role of values – namely an adherence to human rights and responsibility over the global social order – which in the 1970s was a cornerstone of EU discursive action and identity building, serves as a lasting point of reflection on the uncertain future of the EU’s axio-normative direction(s). 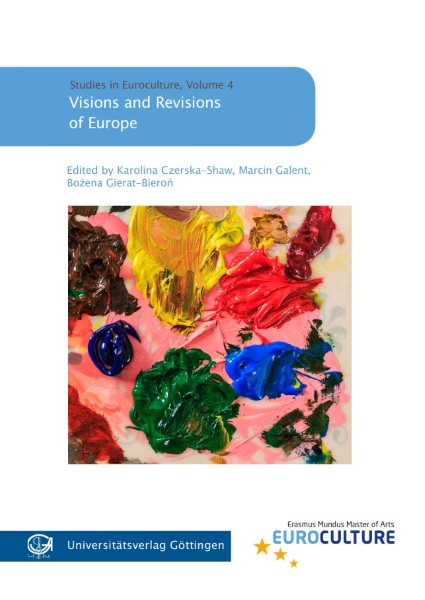 Institute of European Studies at the Jagiellonian University, Kraków 2015

The publication if funded by the Minister's ‘Young Inventors University' project in the framework of the grant provided by the Polish Ministry of Science and Higher Education (MNiSW) entitled ‘Support for the management of research and its results' no POIG.01.01.03-00-001/08 on the basis of financing agreement signed between the Ministry of Science and Higher Education and the Ministry of Regional Development on 22 September 2009 (Priority 1.1. OPIE, Measure 1.1.3.).

The authors ambitiously compare two areas which so far have been examined separately, namely Polish-German and Polish-Ukrainian transborder regions (with a small reference to Polish-Czech transborder region). There are important differences in ethnic relations and transborder processes in these areas, and the research outcomes presented by the authors regarding the German borderland (integration and transborder integration, borderland identity) and the Ukrainian borderland (conflict, memory, reconciliation) reinforce this sense of dissimilarity. Of course, considering the entire book, it is obvious that there are some problems and phenomena that are similar (the influence of European integration on transborder relations, the influence of intercultural relations on identity), and are also presented in some of the chapters.

There are at least several reasons behind the publication of this book. First and foremost, the recent years witnessed significant changes in the consular law at the national, European and international level. (…)

What is more, in 2013 there has been the 50th anniversary of the adoption of the Vienna Convention on Consular Relations. Even though the Consular convention is not the main reference point with regards to the consular law (contrary to what the Vienna Convention on diplomatic relations from 1961 is for the diplomatic law), still such an anniversary is a good reason for scientific summaries and critical analyses.

Finally, the consular law, as transcending different aspects of life, is the subject of constant interest of specialist from various fields of law – international public law, administrative law, criminal and civil procedure. Since the Maastricht Treaty, consular assistance started to become of interest to the European Union, and as a consequence to specialists in European law and European integration. The following book is directed to representatives of all these fields, as well as to historians interested in history of diplomacy and to professionals (past and present consuls and employees of the Ministry of Foreign Affairs). 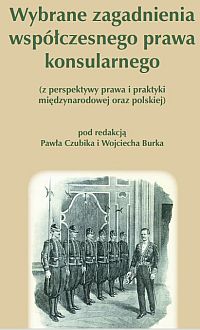 Institute of European Studies at the Jagiellonian University, Kraków 2013

The book addresses the issue of the factors influencing the reconstruction of migrants' identity, such as: the type of migration process, the social and cultural capital of the migrant, the migrant's situation characterized by socio-cultural liminality, transnationality, and translocality, and, finally, the characteristic features of the host society and the sending society. The author especially focuses on the phenomenon of pendular migration and its amorphous nature, which makes it so challenging to researchers. These complexities lead to many different ways in which migrants identify themselves and other people.

The Polish pendulum migration to Western Europe after the fall of the Iron Curtain has not only boosted economic productivity, but has also had an impact on the minds of the people involved. Polish immigrants came into contact with a different society to the one they had known, and their Western European employers became acquainted for the first time with Eastern European individuals.  This monograph analyzes how this pendulum migration has influenced perceptions, identities, values, and social capital of both the host society and the migrants themselves. By means of interviews with Poles and Belgians in a Belgian provincial city (Leuven), it analyses to what extent this migration has contributed to the construction of European identities.

"This book delves deeply into the current processes of migration in Europe, analysing the changes in the values of economic migrants from Poland and – in what is an absolutely new aspect – in those of their employers from western Europe. Alongside these changes in values there is a particular emphasis on the process of Europeanisation, which the authors study from the cultural as well as political viewpoints. […] According to the authors, Europeanisation is felt not only by the migrants but those who have contact with them. Both sides must then redefine the categories of ‘us' and ‘them'. […] In my opinion this book adds an interesting voice to the discourse on migration and, while it by no means solves all the issues at stake, it supplies fresh empirical knowledge. Thanks to this, the book sheds light on little-known phenomena that have been neglected up to this point in the vast field of research conducted on migration."

"Through a fascinating study of Polish migrants in Leuven, this book contributes to migration studies in three important ways: firstly, by adding to the growing body of work on Polish migration across the EU; secondly, by enhancing our understanding of the varied and complex interactions between migrants and the host population; and thirdly, by exploring the interconnections between social networks, social capital and the reconstruction of identities in the context of migration.

This book will be of great interest to migration scholars not only in Belgium and in Europe but also in the wider international context."

The book consists of papers on different political issues in the Balkan region, in the context of former Yugoslavian Republics' relations with the European Union.

Why we should learn about the Holocaust